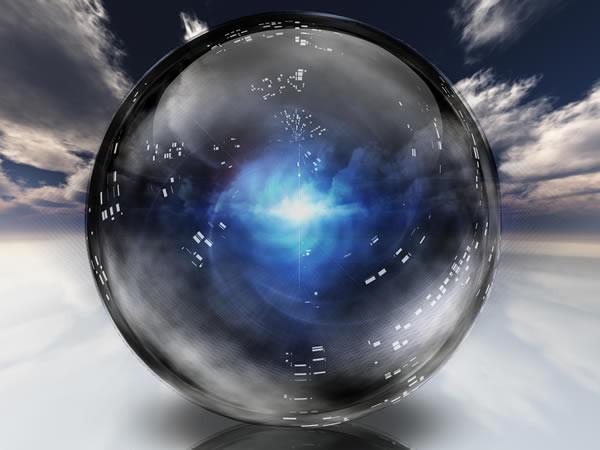 Like any other art, astrological forecasting develops and changes over time. Today is the time of astrological eclecticism, that is, a combination of various astrological styles, techniques, approaches. For some astrologers, this even leads to a free change in the astrological paradigm itself. They can interpret the same chart from the point of view of ancient, medieval, modern European, and at the same time Indian astrology!

The horoscope is holographic, it has a multi-layered meaning. Each principle of interpretation produces its own results.

Forecasting tools are also complex, diverse, and sometimes contradictory. At the beginning of studying astrology, he seems like a real miracle. Everything is programmed, you just need to understand the code! And you will know the future! I myself thought so in 1994, when I began to master astrology. But it soon became clear that one possession of technicians was not enough. After all, any astrological technique is nothing more than juggling with symbols. It always requires a specific life fulfillment.

It turned out that the leading role is played by the life experience of the astrologer and the knowledge of how he lives, how he thinks, what he strives for, with whom the person who comes for the consultation communicates. Therefore, it is useful to build horoscopes of the most important relatives, employees, and bosses. Ask about the nature of the work, hobbies, favorite books, films, countries. About plans and problems. And about many other things.

Often people come to an astrologer for a prediction, even a divination. Is divination possible in principle? Probably from time to time. Assuming that the future is static and predetermined. But I believe that a much more productive and optimistic idea is that our future is in our hands. It is variable and depends on our actions in the present, and they, in turn, on our perception of the past.

What if in the past there were serious problems, psychological trauma, defeats, disappointments? Or, on the contrary, we believe that all the best remains in the past – youth, health, love, a sense of the meaningfulness and justification of our existence?

Our attachment to the past can become exaggerated. If there is no program for the future, the past can become overvalued. In fact, the life vector can turn 180 degrees – and remind you of the title of one once famous book: “Up the stairs leading down.” The heroine of the novel Bell Kaufman, a school teacher, is trying to revive universal human values ​​in an American school. To do this, she has to go against the musty conservative secondary education system.

In another, also American, novel by Dan Simmons “Flashback”, a chemical preparation of the same name is described, which allows one to recall the past in its entirety, in all its richness of sensations. The heroes of the novel “flashback” to their past, reliving the most exciting and pleasant moments anew. They go into memories for a long time from the eerie reality – in the 2020s BP came, the United States was destroyed, highways were plowed up by explosions, bridges break off over precipices, cities look at the sunset with empty eye sockets, in which there are no reflections …

But there, in the depths of memory, caring women are busy in kitchens, happy children are running, gardens are blooming and birds are singing, liners take off on time, and a sacred can of beer at sunset under Eric Clapton’s “Tears in Heaven” does not seem an unaffordable luxury. The protagonist of the novel wants to leave his past forever, but circumstances and love for his son make him show Hollywood miracles of courage and, if not save the world, then at least start moving in this direction. In the cycle of events, the hero simply forgets about the flashback. Now he is looking towards the future. His past remained unchanged; but he stopped focusing on it. Maybe he even started to forget it.

Can the past be changed? Probably not. At one time I thought that it was possible to “re-shoot a film” of the past, to replace traumatic plots in my memory with others, life-affirming, maybe lyrical, maybe funny. But then, after analyzing my life, I realized that some facts from it cannot be erased or replaced with anything. They will lurk in the unconscious and wake up when you don’t expect it at all. Like a love that “accidentally appears” in a once popular song. Therefore, I abandoned the “cinematic” idea.

Another option for working with the past is described by Castaneda and is called “erasing personal history.” In short, it is the erasure of emotions associated with memories. And also the erasure of socially determined motivations. Few agree to such work. Its very possibility is recognized only by a few. Alas.

Castaneda’s approach (like any other ascetic and harsh approach) is hardly feasible in our society. We are all hypnotized, and even if we know this, we cannot free ourselves. Is that in the song – “someday, and not under this sun …”

The third approach is a softened re-living of the past, accelerated and weakened. Changing attitudes towards the past. This is a relaxed and compromise version of Castaneda’s approach. He is “sewn” into astrological consulting.

It all starts with the fact that you remember your past, filling out a questionnaire for a consultation. You indicate the time and place of birth, dates of major events (moving, marriage, having children, career changes, health), profession and hobbies. You should also indicate the birth data of your spouse, children, and your most important work or business partners.

Filling in the questionnaire itself often gives a certain psychotherapeutic effect. This is how it all happened! All the same, kindergarten first, and work later!

And for an astrologer, this questionnaire is a most valuable document. Preparation for the consultation begins with her astrological processing.

During my acquaintance with the questionnaire, I definitely do rectification – I set your exact time of birth. For this there is a debugged astrological technique, about which I even wrote a book called “Rectification” (publishing house “World of Urania”).

What does it mean to rectify a card? This means determining the time of birth at which the horoscope will describe both you and the most important events in your life.

In the process of rectification, I will see what comes to you from the outside during transit oppositions of Pluto or Uranus, squares of Saturn, etc., and how you react to this. I will understand how your horoscope works (which means I will come closer to understanding how your psyche works). I will have an intuitive adjustment to your map and a presentiment of the options for your future.

Then I will analyze the current situation in your map from the point of view of various predictive techniques, identify development trends and the next strategic turns. It is very important here, firstly, to take into account your age and your real tasks related to it (which is what developmental psychology does, which has a lot in common with astrology). Second, the indicators need to be considered in a specific order, since different predictive techniques work at different levels. They have their own hierarchy, which I will now briefly discuss.

At the very first level, which is the closest to reality, transits work. This is the movement of the planets across the sky, which we see with our own eyes or through a telescope. It is the transits that are directly related to the events.

Transiting planets move along the Zodiac at different speeds and play different roles. The doctrine of transits has been developed in sufficient detail; this is the alphabet of forecasting.

The next level is progressions. This is already a symbolic way of predicting or tracking past events. It also analyzes transits, but the first few months, and a day in infancy is equated to a year of adulthood. Progressions well show the change in motivations, emotions throughout life, relate to both the mental and event plan. It turns out that all this was laid down for several months in infancy!

Directorates work at the third level. This is a uniform displacement of the entire horoscope relative to itself at a rate of about a degree per year. That is, one sign of the zodiac in this way of the planet pass in 30 years. The directorates show well the fateful events that radically change life. This is the timetable of our destiny.

At an even higher level, planetary periods are at work. This is a change of scenery on the stage, a change of acts in the play of life, a change of deep motives. Here Gerda and Kai are looking out the icy window, but Gerda is already left alone and goes in search of Kai. Here is the Snow Queen on the throne in her ice palace, but now there is neither the palace nor the Queen, the gardens are blooming, the thawed birds are singing. Gerda and Kai are holding hands and ready to return to their homeland.

In general, predictive techniques reflect the multi-layered polyphony of our lives. A symphony or a novel can be compared to this. But without knowing the real content of our life, astrological symbolism turns into a glass bead game.

This is a minus of astrology in itself: it is abstract. But this is also a plus: any astrological combination can be interpreted in different ways.

Therefore, during the consultation we work together: you and me. We go through difficult moments and periods from the past and find meaning in them – an impulse for development, strengthening will, gaining wisdom. We are looking at today’s problems and looking for a way to solve them. And we outline the strategic milestones for the future.

This is “the sacred geometry of chance” (Sting). It is unlikely that any method of psychological counseling can compare with astrology in predictive power. Together we create a timetable for your physical, emotional and spiritual development.

It can be saturated with a variety of meanings. For example, purely practical, everyday: what to do is recommended, what is better to refrain from, where it is necessary to jump over an obstacle, and where it is better to get around. When is the right time for career achievements, and when is it better to withdraw into yourself, meditate, and improve your health.

Or deeper meanings associated with mythological plots and characters. Some of them are laid down from birth, others may appear in one year or another. It is associated with the stars; a huge layer of information, fantastically interesting and surprising. Moreover, mythological plots allow for freedom of interpretation. And here there is already room for creativity and expansion of planning horizons.

And there are also rolls of different ages, and the manifestation of the proportion of the golden ratio (and others) in the repetition of the same type of events. This is a very special approach, reminiscent of fractals, not spatial, but temporal.

Such a multidimensional, multifaceted approach to the interpretation of the chart and forecasting is the achievement of astrology of our time. The approach is optimistic, full of energy and striving to achieve the goal.